In the Name Of Allah, the Most Gracious, the Most Merciful All praise and thanks are due to Allah Who revealed the Qur’an to His servant (Muhammad) as a warning to mankind and jinn. And peace and salutations be upon the one sent as a mercy to the world, the bringer of glad tidings and warnings; and upon his companions and whosoever follows them upon goodness till the Day of Recompense.

The art of translation is known to be fairly diﬃcult and complex. The diﬃculty lies in the art of selecting the right words for the target language in order to accurately convey the meanings and preserve the sense of the original words that are being translated. Choosing the right word from a pool of several other words that can carry the same meaning or connotation in respective to the original word is quite an uphill task for the translator. The translator of mundane knowledge (such as those of non-religious content) could probably enjoy much more liberties compared to translating the works of religious content. 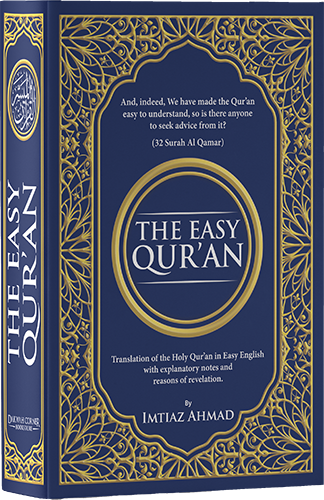 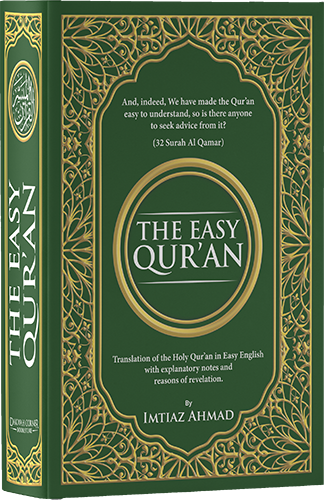 The liberty of the translator mainly involves in conveying the ideas and thoughts of the language into the target language as idiomatically and pragmatically accurate as possible. On the other hand, the translator of the Holy Qur’an works under severe limitations and also with much stricter constraints. He has to be very cautious and be very careful in choosing the words.

Deviation from the actual text is highly prohibited and in case there is a need for further explanation or interpretation to facilitate the reader’s comprehension, he needs to use parenthesis or include footnotes to avoid misleading interpretations. In the translation of the Holy Qur’an, idiom is not so important as the word and its meaning.

The Easy Qur’an is true to its title. Its vocabulary, style, and expression will be easy to follow and understand. The sentences are short but concise while the language is within the reach of non-native English readers of intermediate level as the author placed his focus on the appropriate meanings and the accuracy of vocabulary. 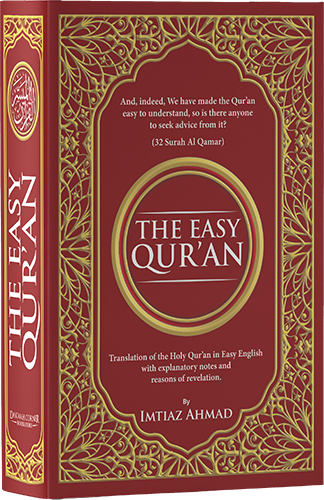